Twice this year, I’ve rolled along the Wild Atlantic Way down to Galway City and twice I’ve been enchanted and captivated by an innate passion and sense of identity, that is not only infectious, but very hard not to be totally consumed by.

Irish hospitality is, of course, legendary and comes with a charm and unconditional approach that says; ‘Come on in, sit down and join us if you will?’ I find this take on life, so utterly refreshing and so simple in its demands. You don’t have to trawl through the layers of pretence, suspicion and doubt, looking for an introduction. There is no contrived facade to the proceedings. It’s just straight in, drink thrust into hand, igniting a conversational spark that quickly blazes into full and meaningful discourse, laced with humour, stirred warmly with passion and imbibed with a familiarity that defines the ‘craic’ only the ‘Emerald Isle’ can summon. 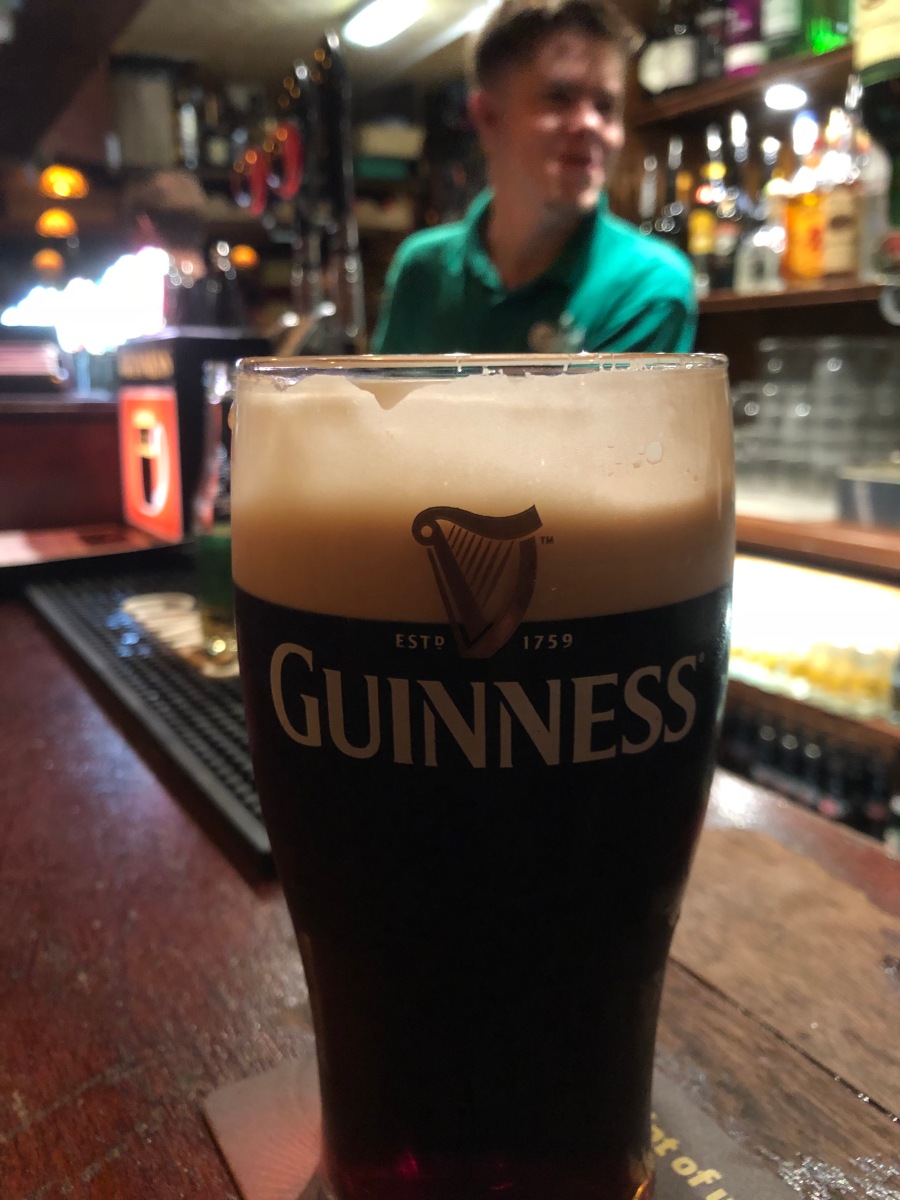 Last week, I was there for ‘Food on the Edge’ an Irish-hosted, but internationally-attended symposium on food, that seeks not to redefine what constitutes food, but to investigate the tenets and fibres that extend across its sphere, explore the relationships that exist between chef and producer, examine the interactions between ingredients and embrace new ideas and concepts that can only lead to a better understanding.

The brainchild of genius, but unassuming, Galway Chef JP McMahon, the event has just run its fourth year in a continually evolving format, that enjoys a seamless grafting of international expertise with a backdrop of local provenance, only achievable with devotion, ambition and guidance. 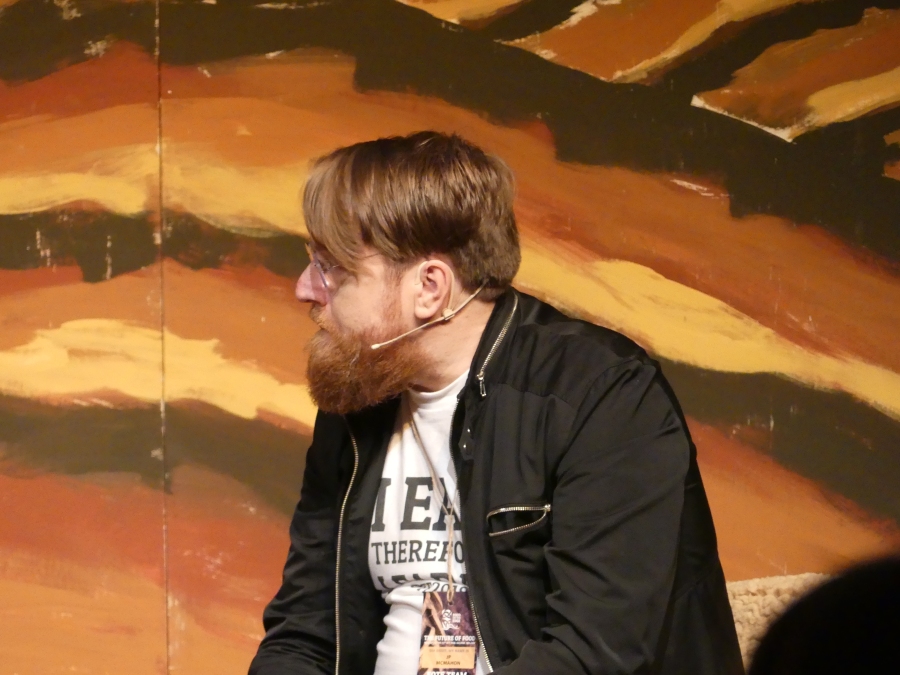 ‘Breaking down barriers and sharing diversity,’ was to be the first of many messages that poignantly made their way to my notepad and I knew from the outset, that this event was different to anything I’d experienced thus far on my own food journey.

Held this year at Galway University’s Bailey Allen Hall, I knew I was perhaps in line for a possibly even a revelation, but nothing had prepared me for the sincerity I was about to encounter and the unerring willingness to share an unplumbable depth of knowledge on everything from potatoes to zero food waste.

Opening the event, JP described eloquently, how just plain human interaction, the telling of stories, the art of conversation and the cross-fertilisation of ideas with thoughtful and mindful significance, could bring about radical thinking and indeed change, in a world where food and nutrition is often so sadly neglected.

Within minutes of the opening session, I was drawing parallels with aspects of the fishing industry and how initiative and innovation, should be managed from the ‘bottom up’ rather than ‘top down’ with decisions, (both strategic and tactical) being made in the kitchen (or the wheelhouse). Far more adaptive, far more reactive, way less constraining. 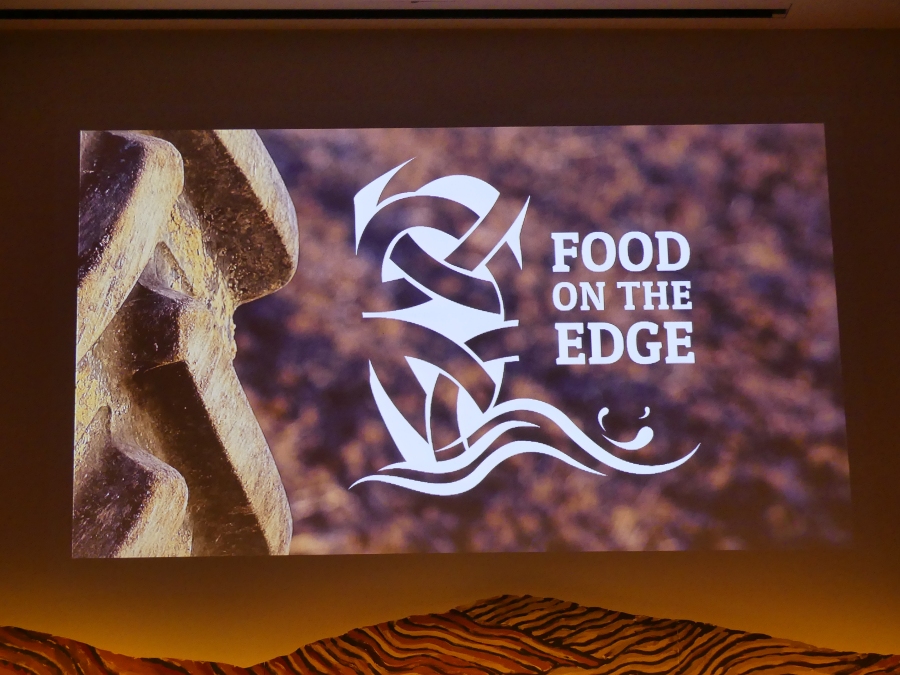 ‘Communication is key’, how often is that mantra trotted out? But here at FOTE it was literally all about that. The social media hashtag for the event described it well. #jointheconversation said JP. And so I did, as often and for as long as I could over the ensuing two days.

I won’t even try to list all the speakers from the symposium’s notable roll of honour, I listened in awe to as many as I could, but outside of the theatre there were local producers to meet and their wares to be sampled, so delegates meandered to and fro the talks, grabbing a morsel of cheddar here, quaffing an oyster there, delighting in the aromatics of the various seaweeds foraged from nearby Wild Atlantic Coast, or simply enjoying a pint and a cigarette outside, in a babbling throng of like-minded foodie folk.

In the first session, a heartfelt reflection on the influence of Bourdain from his long time friend and collaborator Nathan Thornburgh, who put into perspective the issues that chefs face on a daily basis, where the stigma of mental health has been firmly suppressed for so long. Bourdain had carried such weight, it was perhaps difficult to convey his presence in such a short space of time. Thornburgh had obviously known him well. ‘He just loved to hang out with cooks…’, he wistfully recalled.

Another line came to mind. ‘Chefs feed the people’. A literal interpretation that might appear blindingly obvious, whilst harbouring the less conspicuous and perhaps subliminal ability to influence health, wellbeing, nutrition, satiation, desire, inspiration and interaction. ‘Food is the skeleton key to unlock a thousand doors’ said Bourdain.

With my appetite for this outpouring of raw and freely-flowing wisdom now truly whetted, I listened on, Cornish-born, Chef Jordan Bailey, explaining why he was in the throes of establishing his latest venture ‘Aimsir’ in Kildare, having been perfectly at home in Denmark as Head Chef at ‘Maaemo’.

‘There’s a lot of similarity between here and Cornwall’, he confessed. ‘It was my dream to open somewhere there, near my home, but Ireland is just as good. It’s the same vibe…”

And I so got that.

Thereafter, I sat both entranced and intimately absorbed by words that often reflected my own feelings about food:

‘Chefs need to go back in time to when food really was food,’ – Paul Ivic on soil and more philosophically, ‘Food should be the respectful cooperation between us, animals and the environment.’

I rejoiced in Duncan Welgemoed’s notion of the harm that ‘celebrity chef culture’ is causing, allowing unachievable social expectations to so often be dashed by socio-economic reality and guffawed heartily when Paul Cunningham stated that he ‘didn’t do sunflower petals and fermented pigs testicles,’ in a swipe at what he obviously saw as pretentious, overly-inventive cuisine. ‘WTF are these people actually talking about? ‘ he railed and drew my admiration further when he revealed his love and respect for the late Keith Floyd and for the overt simplicity and seasonality that he stood for.

Seasonality. Now there’s a word…… The more I see of food, the more I yearn to strip back what I can to basics and follow the trail to the producer, the environment, the medium, the seasons and ultimately the weather and climate. So much of what I was hearing at FOTE bore this out and in spades.

The two days flashed by in a glorious and epicurean mix of ardour, experience and mirth. Even the lunch, perfectly and inventively delivered by Gather & Gather, bore the hallmarks of the event. Simple, seasonal, ingredients combining to provide us with not just a delicious combination of local produce, but a basis for yet more conversation and engagement; a stage providing the ideal backdrop, in a theatre of flavour.

On the second day, whilst propping up John Ward’s Dooncastle Oyster bar and revelling in a bit of sweet/saline accompaniment to the morning’s proceedings, I was joined by Nathan Outlaw, who, having been in discussion on British food culture the previous day, was enjoying a tour of the food producer hall.

I respect Nathan, hugely, not just because he’s one of, if not the country’s premier seafood chef, with accolades continually washing up against the doors of his Port Isaac restaurants, but because again, he embodies the notion that critically, the producer must be connected to the consumer, (in our case the fishermen) and to know them so intimately, that the story of their provenance can be accurately and knowledgeable portrayed in accompaniment to the dish.

He’s also very grounded. We ate John’s oysters and talked about fish and chips and the simple pleasure behind getting it right and using seasonality and diversity to colour what essentially is a national institution. Just another snapshot, another moment in a continuous loop of foodie conversations to be dipped in and out of here, at a gathering of such unpretentious, openness. I felt very at home.

I could wax lyrical and probably ad infinitum about FOTE, but what more can I possibly convey? There we so many angles and so many possibilities here, it would be impossible to cover everything and wrong to try.

For me the message was a clarion call to arms, for chefs, writers, foodies and anyone in the industry with half a cup of integrity, to assist in ensuring that food is seen not just as everyday fuel, but a facet of our lives to be embraced, connecting us to family, heritage, each other and the world around us, enlivening our health and our souls.

JP McMahon, on reflection, perfectly summed up the whole ethos of FOTE 2018 in the following words and printed inside the symposium programme.

If you are, even remotely passionate about where your food comes from, FOTE is a must. I urge you to go. I will definitely be there next year and with renewed zest.

One thought on “Food on the Edge”